Scribes, Visionaries, and the Politics of Second Temple Judea

Scribes, Visionaries, and the Politics of Second Temple Judea Richard A. Horsley 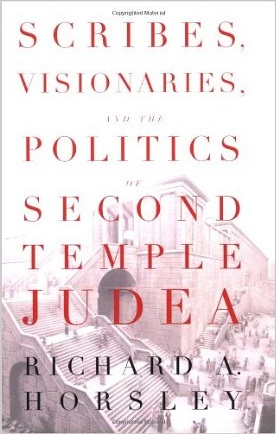 Judaism and Christianity both arose in times of empire, with roots in Persian, Hellenistic, and Roman periods. In order to understand these religious movements, we must first understand the history and society of these imperial cultures. In these formative years, wisdom and apocalyptic traditions flourished as two significant religious forms. In Scribes, Visionaries, and the Politics of Second Temple Judea, distinguished New Testament scholar Richard A. Horsley analyzes the function and meaning of these religious movements within their social context, providing essential background for the development of early Judaism and early Christianity. It is an ideal textbook for classes on the rise of Judaism or the Second Temple period, as well as the Dead Sea Scrolls and Apocrypha.