The Book of Jeremiah: Volume 1

The Book of Jeremiah: Volume 1 A. J. Rosenberg 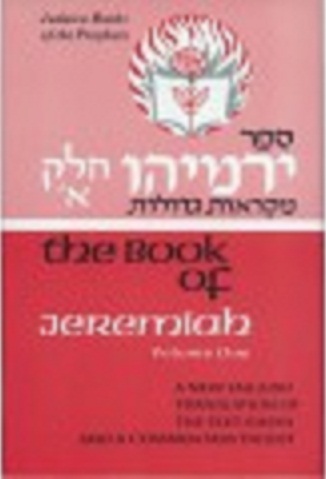 The Book of Jeremiah begins with the prophet's initiation to prophecy and his first two prophecies of the impending invasion by the Chaldeans. Throughout the Book of Jeremiah, Jeremiah castigates the people for their sins, warning them that Nebuchadnezzar will soon attack. He also exhorts them to surrender to the Chaldeans, and in the wake of the assasination of the Judean governor, Gedaliah, to remain in the land and not emigrate to Egypt. To Jeremiah's great frustration, none of his warnings are heeded. On the contrary, throughout his lifetime he was constantly persecuted for his dire prophecies. This invaluable aid to learning Tanach is used by students around the world! It provides the benefit of owning two sets in one, since each volume features both the complete Hebrew Mikraoth Gedoloth as well as a concise, modern English translation of the text with extensive commentary. In addition, each and every Rashi is translated, as are selections from the Ramban, Sforno, Rashbam, Ibn Ezra, from Talmudic and Midrashic sources, and numerous other commentaries never before translated. Rabbi Moshe Feinstein, zt"l, gave his unstinting approbation to this now classic series.