The Book of Judges

The Book of Judges A. J. Rosenberg 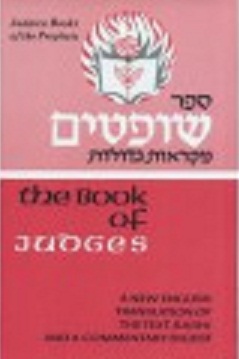 The Book of Judges encompasses a period of approximately 400 years when the Israelites were ruled by leaders called Judges. The Book begins with the death of Joshua and continues until the period of Samson. It was written by Samuel as a prophetic criticism for future generations, and it also reveals a successful period of self government prior to the establishment of the monarchy. This invaluable aid to learning Tanach is used by students around the world! It provides the benefit of owning two sets in one, since each volume features both the complete Hebrew Mikraoth Gedoloth as well as a concise, modern English translation of the text with extensive commentary. In addition, each and every Rashi is translated, as are selections from the Ramban, Sforno, Rashbam, Ibn Ezra, from Talmudic and Midrashic sources, and numerous other commentaries never before translated. Rabbi Moshe Feinstein, zt"l, gave his unstinting approbation to this now classic series.