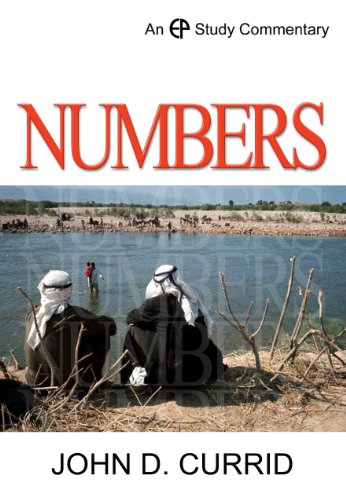 God has promised to be with Israel in the wilderness and John Currid shows how the book of Numbers demonstrates God's faithfulness in fulfilling his promises, despite their murmuring and rebellion. Now, in Christ, God promises to be with his people, guiding and leading them to the true promised land.

The place of the book of Numbers in the literary pattern is clear. First of all, it concludes Israel’s stay at Sinai, and it prepares the people for the march to the land of promise (1:1 - 10:10). Secondly, the book records the actual journey from Sinai to the plains of Moab, and it ends with Israel prepared to launch a campaign into the land of promise. It is telling that the final word of the book is ‘Jericho’; this anticipates the book of Joshua, in which the tribes make an assault on the land by first attacking the site of Jericho.

Dr Dale Ralph Davies says that the author 'explains the text directly, concisely and clearly. Working with his Numbers makes me want to go back and teach through Numbers all over again'.

Dr John D. Currid is Carl McMurray Professor of Old Testament at the Reformed Theological Seminary in Jackson, Mississippi. He received his Ph. D. degree in archaeology from the Oriental Institute at the University of Chicago. He has several books in print, including the Study Commentaries on Genesis and Exodus in the same series.

5 out of 5 based on 1 user ratings
Andrzej Stelmasiak

June 10, 2015 5 5
good, solid commentary! Currid is one of the most readable commentators on the books of the pentateuch