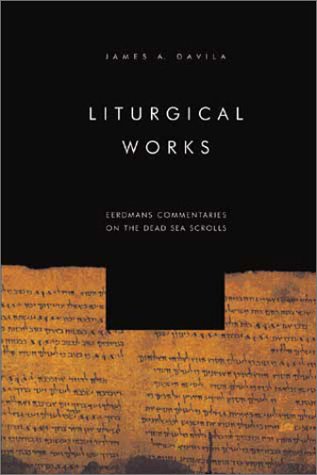 Beginning with a general introduction to the Qumran library and Jewish liturgical traditions, James Davila situates the liturgical texts found at Qumran in their historical context in Second Temple Judaism. He then offers a reliable translation of these texts, including notes on the original Hebrew, and provides detailed line-by-line exegesis of each document. Throughout his commentary Davila shows how the Qumran liturgical texts draw on and develop traditions from the Hebrew Bible, and he explores their significance as background to the Jewish liturgy, Jewish mysticism, and Christian origins.