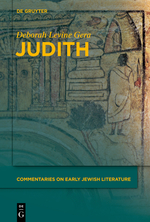 The Book of Judith has aroused a great deal of scholarly interest in the last few decades.This volume, the first full length commentary on Judith to appear in over 25 years, includes a new translation and a detailed verse-by-verse commentary, which touches upon philological, literary, and historical questions. The extensive introduction discusses the work's date and historical background, and looks closely at the controversial question of the book's original language. Biblical influences on the book's setting, characters, plot, and language are investigated, and the heroine, Judith is viewed against the background of biblical women (and men). The influence of classical Greek writers such as Herodotus and Ctesias on the work is noted, as are the interesting differences between the Septuagint and Vulgate versions of Judith.