Faith and Hope in Technology 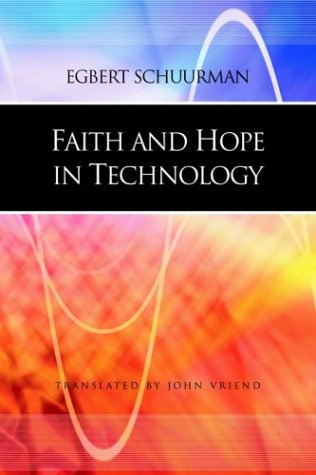 Technology has advanced more in recent decades than in any other era in human history. As Christians, how should we approach science and technology? In Faith and Hope in Technology, Egbert Schuurman offers a responsible and biblical approach to working in the areas science and technology, shedding light on the nature, benefits and problems of Western technology from within his profound commitment to a biblical understanding of human life under God. "Dr. Schuurman's Faith and Hope in Technology . will be of significant help to those Christians who are struggling with issues raised by biotechnology, cybernetics, and the increasing technological character of contemporary life." -Charles C. Adams, Dordt College "Schuurman offers a much needed prophetic critique of the autonomous development of modern technology. Carefully documenting the pervasive character of the scientific technical quest for utility and control, he arrives at the inescapable conclusion that modern technology does not deliver the promised freedom of redemption, but instead enslaves us and degrades the society in which we live. Drawing on the best insights of the Reformational tradition, this fine exposition offers a viable alternative." -Hans Boersma, Trinity Western University EGBERT SCHUURMAN is Professor in Reformational Philosophy at the Technological Universities of Delft and Eindhoven and at the Agricultural University of Wageningen, Netherlands. He is also a member of the Senate of the Dutch Parliament. His other books include Technology and the Future: A Philosophical Challenge (1980); Christians in Babel (1987); The Future: Our Choice or Gods Gift? (1990).