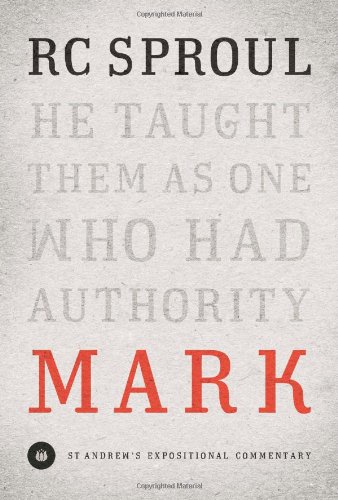 Mark, the fifth volume in the series, is a study of the gospel of Mark, which is generally regarded as the first account of Jesus life and work that was written. There is broad agreement that it was written by John Mark, one of the apostle Paul s companions and missionary helpers. The book puts particular focus on Jesus as the Son of God. It is thought that the book was written to encourage the believers in Rome during the times of the Emperor Nero s persecutions. The book includes sixty-two chapters, each of which began as a St. Andrew s sermon. Dr. Sproul deals with major themes as he moves through the book passage by passage. Though the book is an expositional commentary -that is, it does not deal with each and every verse-it unpacks key ideas in Dr. Sproul s easily understandable style. Readers will find invaluable insights into the goals Mark had in writing his gospel, the background for Jesus time, and the meanings of some of Mark s most difficult passages. Mark is an easily readable introduction to this unique record of Jesus life, packed with insights and exhortations that will draw the reader closer to the Savior and encourage him or her to a greater depth of love and devotion to Him.